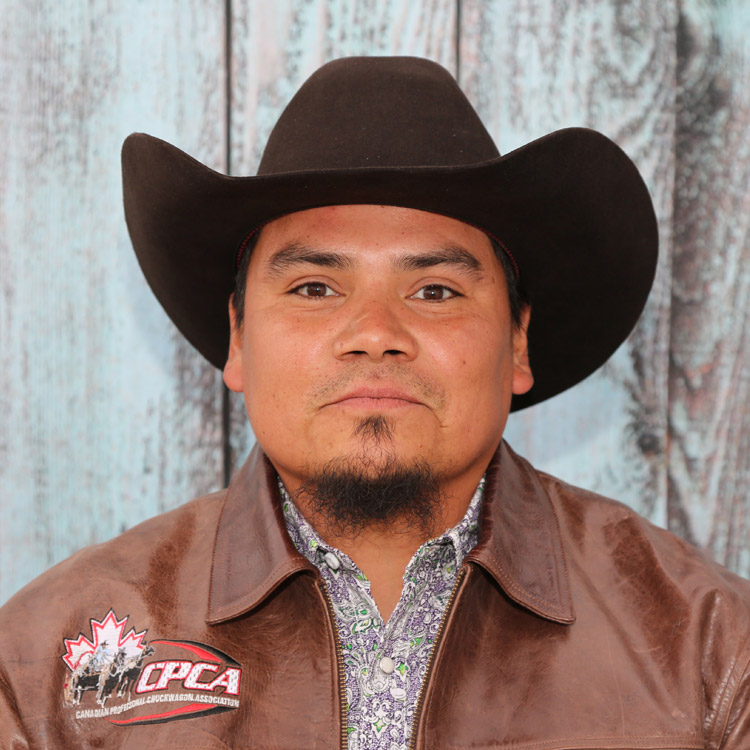 Ryan Baptiste of Cando, SK. Wagon racing has always been a part of his life, it came natural to Ryan and his biggest influences in the sport is his dad Mike, Uncle Edgar and big brother Todd. His dad taught him everything he knows about horse maintenance, his uncle was a fierce competitor and his brother for helping and guiding him to be an outrider and then a driver in 2009. Ryan’s most memorable moments were when his Uncle Edgar won the Calgary Stampede in 1996 and also being a part of Todd’s success this past summer at Calgary Stampede. Ryan’s goal for the upcoming season is to run clean, fast and competitive.

Welcome back Ryan, we look forward to seeing you on the track and wish you the best of luck in 2021!

How did you get into Chuckwagon Racing: Wagon racing was always a part of my life growing up so it came naturally to be involved and starting a racing career.

Most Memorable Chuckwagon Racing Moment: Being in Calgary when Edgar won the Calgary Stampede in 1996, being on the stage and my first couple of races as a driver.